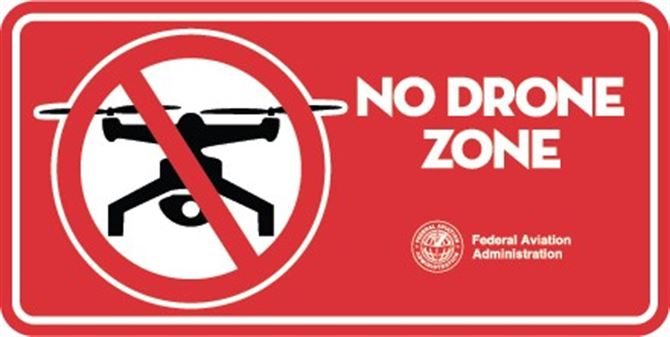 Drone Surveillance: How criminals are using drones to commit crimes

Drone Surveillance: How criminals are using drones to commit crimes

On January 26 on the White House lawn, an unsuspecting, too-small-for-detection drone crashed, sending the country into a short panic. How could this have happened in front of the U.S. president’s home? What are its intentions? Where was security while it circled the White House?

All of these questions are some security groups and communities ask everyday across the world. The use of unmanned aerial vehicles for harm and crime has skyrocketed since their inception. And though the drone on the White House lawn was simply flying for recreation, a much darker reality could occur without proper measures.

We’ve rounded up some of the ways criminals use drones in their everyday lives to commit acts of terror and cause harm to locals and businesses.

With our growing dependence on technology to store our sensitive online property, hackers are able to override systems to get an inside look. One way criminals have began to hack into information is through drones. In a Stratfor article, it is expected that drones used to hack into computers or override popular home voice-activated systems will continue to pose threats for 2018. And though you may think hackers will choose to first override corporate systems and technology, they’re also prone to hacking into single-family homes to capture sensitive information. This could be anything from social security numbers to credit card information.

With simply a sharp camera

Smuggling in drugs, weapons, and other illegal items hasn’t been successful in many countries, but criminals haven’t given up yet. Using a drone for drug smuggling makes a lot of sense for criminals because no person is in immediate danger. Instead, cops and authorities only shoot done an inanimate object, therefore criminals determine it’s worth a shot. The criminals don’t have to go through border detection in a car, or risk entering through a tunnel.

Smuggling in drugs is popular in countries in Latin America with lax border patrol. It’s a new-wave of crimes that many have utilized to transport illegal goods to and from their homebase.

In the U.S., almost every week we see news articles detailing the disaster drones pose in dropping in drugs and weapons into prison courtyards. It’s a tactic many have adopted in order to get illegals through the prison walls – and not much has been done to stop it. The dropping of illegal materials over prisons causes extreme chaos inside the prisons, where inmates may now be equipped with weapons.

In some countries, using drones as a “big brother” mechanism has taken off. Many small, underdeveloped cities have a nonexistent law enforcement due to drones intimidating civilians. Criminals will use the drones to circle homes and populated areas to warn off anyone trying to report crimes to local police forces. It’s a tactic that prevents any criminals from staying off the streets, and law enforcement doesn’t have the ability to see where the drones are flying.

Aside from using the drones as a weapon to intimidate locals, drones are used to decoy police from the real issue. In Australia, criminals used drones to distract police who were monitoring them. Though they were caught with $30 million worth of cocaine, the plan sparked controversy.

The most disturbing of all “when, not if” situations includes simply using the drones as a terror mechanism. Crude models of the unmanned aerial vehicles have been utilized for years by the Islamic State in attacks against Syrian military. These drones are attached with GPS or video cameras and are easily flown by untrained militants to kill civilians. The U.S. has also employed drone strikes. It’s a simple reality that with the violence present in the country today, a criminal may use a drone to cause terror.

Anti-drone technology is said to rise to a billion dollar business. It’s a harsh reality that many are unprepared for a potential drone disaster. The caution is necessary – learn today how investing in a drone surveillance system benefits your business and the safety of those around you.