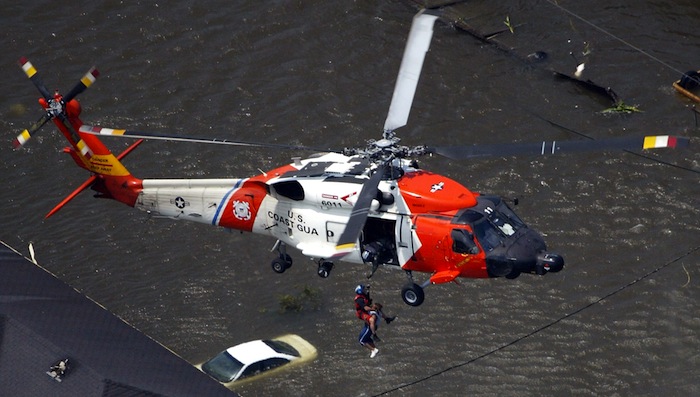 Hurricane Harvey moved on from Houston but it will take years to recover from the damage left by the 15 trillions of gallons of water that fell on the city. Over six million people live in the region hardest hit by Hurricane Harvey, overwhelming an enormous corner of Texas equivalent in size to the state of New Jersey.

During the storm, the Federal Aviation Authority (FAA) issued Temporary Flight Restrictions for much of the area surrounding Corpus Christi, Houston and Beaumont. Drone operators were asked to stay grounded to prevent interference with emergency responders’ aerial missions. Operators found flying without special FAA authorization during an emergency situation can be hit with large fines, especially if interference with emergency responders occurs.

When Harvey passed, drone operators were among the first to be able to assess the widespread flooding across such a massive area. They documented the region and were able to spread aerial footage widely online, information that was valuable to emergency responders, media and displaced residents. In the immediate aftermath of the storm, mobile web application DroneUp recruited and coordinated volunteer drone operators. Over 400 pilots in the Houston region signed up to fly over 2,300 missions with the organization.

Some argue that drones are not a burden during an emergency situation, but a force multiplier for first responders, and that any natural disaster recovery going forward should account for their capabilities in an organized and professional manner. Drones have the ability to go where it would be unsafe even to send rescuers and can also be capable of carrying equipment, they can become a vital tool for bringing rope, life vests, or food and water to stranded persons until rescue crews can arrive safely. Advocates for better laws surrounding drones argue their use should not be restricted any more than volunteer boat outfits like the Cajun Navy. Since 2013 drones have saved the lives of 53 people, usually in flooded areas where it would be difficult or unsafe to send emergency responders.