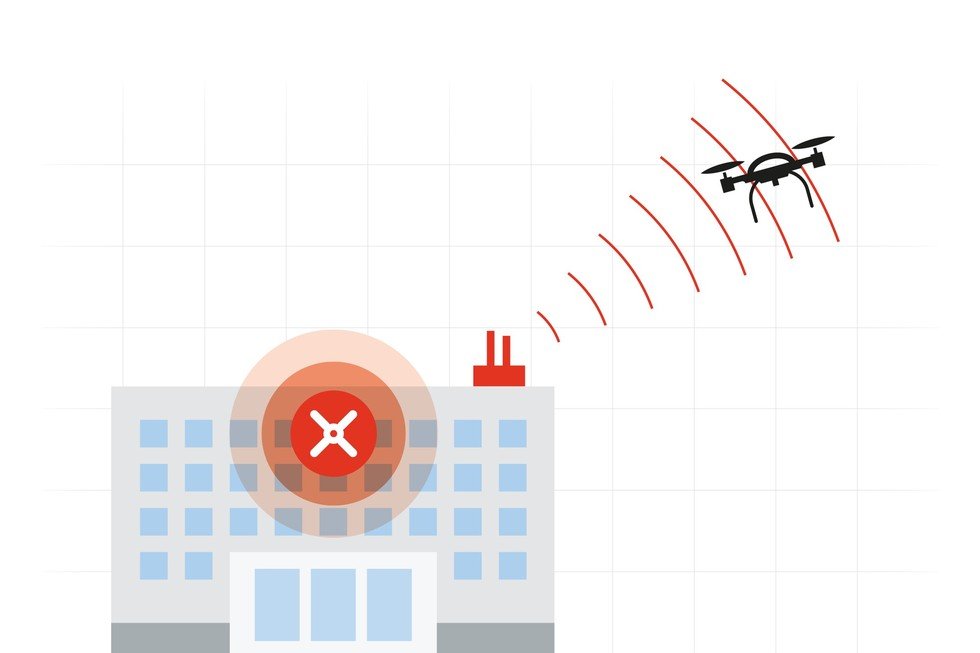 Anti-drone technology: What they do and how they work

Unwanted drones within certain airspaces can create havoc and serious security concerns. In 2015 a drone flying within the White House airspace was only spotted when Secret Service members were able to spot it by eyesight. Drones have been used to smuggle thousands of dollars worth of contraband inside a prison in Mansfield, Ohio. Both incidents present serious considerations for combating drones from entering airspace, to maintain the privacy and security of many different types of facilities.

Audio detection - Drones emit a very specific sound. Devices exist that can listen for the very specific frequencies emitted by the whirring devices, and they work well up to a point. Within a calm, pastoral setting, these devices can detect an approaching drone with accuracy up to about 500 feet. A study conducted by Korean researchers and published in January 2017, tested these devices in a real-world, urban environment. When used in a noisier setting, audio detectors had more trouble accurately identifying the incoming drones.

RF technology - Drones operate using radio frequency to communicate with their operators. To keep the receiver and transmitted connected, they are paired together with specific RFID chips that keep other devices on the same frequency from overtaking the drone.

Jammers - Jammers work by blasting electromagnetic noise at the radio frequencies that drones use to operate and emit information. Effectively, they drown out the conversation between a drone and its operator. This is usually either 2.4Ghz or 5.8Ghz, which are non-assigned, public frequencies. This prevents jammers from interfering with manned aircraft, cell phones, public broadcasts, or other dedicated radio bands. Jammers can either be stationary, mounted devices or built into highly mobile, gun-like devices that can cause a drone to safely land on the ground away from where it may have intended to go.

Geofencing - Geofencing works to create a barrier surrounding an airspace using a combination of a GPS network and LRFID (Local Radio Frequency Identifier) connections like Bluetooth or Wi-Fi. This boundary is created using a combination of hardware and software to create a physical and invisible boundary surrounding an airspace. Some drone manufacturers are including geofencing technology within their aircraft, to alert pilots when they enter no-fly zones or restricted airspaces such as prisons, power plants or airfields.

Video detection - Video can be used in conjunction with other drone detection technology to create and relay a visual record of a detected drone incident. Because of factors including weather, or changes in season, video detection is not an ideal first line of defence when detecting incoming drones, but it can be a valuable tool for recording drone incidents for future review.

Thermal detection - Thermal imaging is also not a great first line of defense in drone detection, but it can be a helpful tool for finding drone operators in a remote region. For example, in a restricted space such as the acreage around a power plant. If a drone is detected within the airspace, thermal imaging cameras attached to a drone operated by power plant security personnel could be used to help locate the invading drone’s nearby operator.

Radar detection - Drones are often small, low-flying aircraft, which makes them very hard to pick up using radar. Radar technology is great for locating manned, large or long-distance aircraft flying within traditional airspaces, but its capabilities stop short of detecting drones well. When a drone crashed on the White House lawn in 2015, Secret Service personnel were only able to spot it by sight because it flew beneath the existing radar protections.