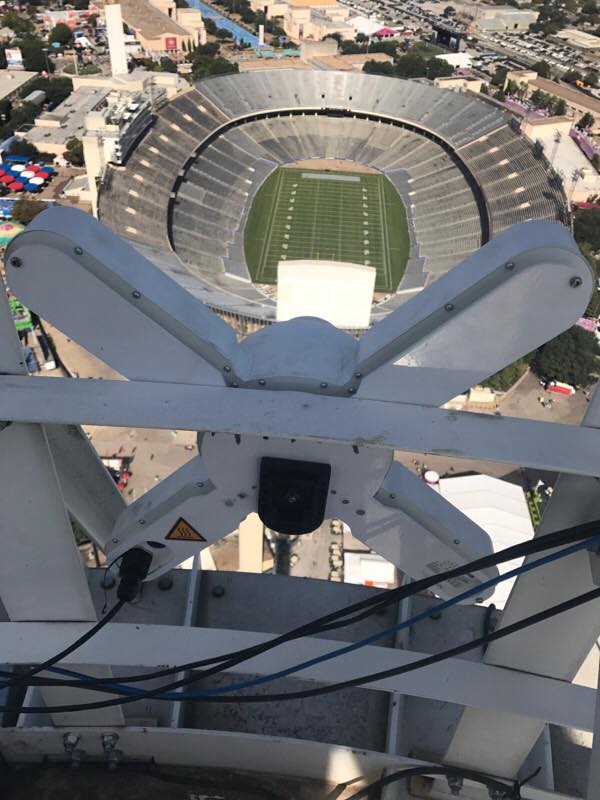 911 Security worked with the Dallas Police Department to provide a free demonstration of their anti-drone security technology through the duration of the fair. Large public gatherings, like the State Fair, concerts and sports events, are particularly vulnerable to this emerging technology. Consumer grade drones can be purchased easily for as low as a few hundred dollars and can be capable of carrying up to one pound of cargo. As this technology continues to evolve, security personnel are evolving alongside it, to help prevent terrorist attacks and protect privacy.

911 Security installed drone detecting RF sensors, which alert security personnel in case a drone enters the airspace surrounding the fairgrounds and on top of the Cotton Bowl Stadium. Multiple sensors can help security personnel determine the travel path of the drone, and triangulate the location of the pilot. Law enforcement and security personnel can use this vital information to keep fairgoers safe. 911 Security will be able to collect data on drone intrusion, security needs and how to legally remove drones from the airspace.

“Drone detection technology is a new frontier.  What we love about working with the Dallas PD is that they are a forward thinking group when it comes to protecting people and property. I feel much safer taking my family to large public events knowing we will be under Airspace security,” said Robert Tabbara, President of 911 Security.

911 Security provided anti-drone security services through the end of the Texas State Fair on October 22.