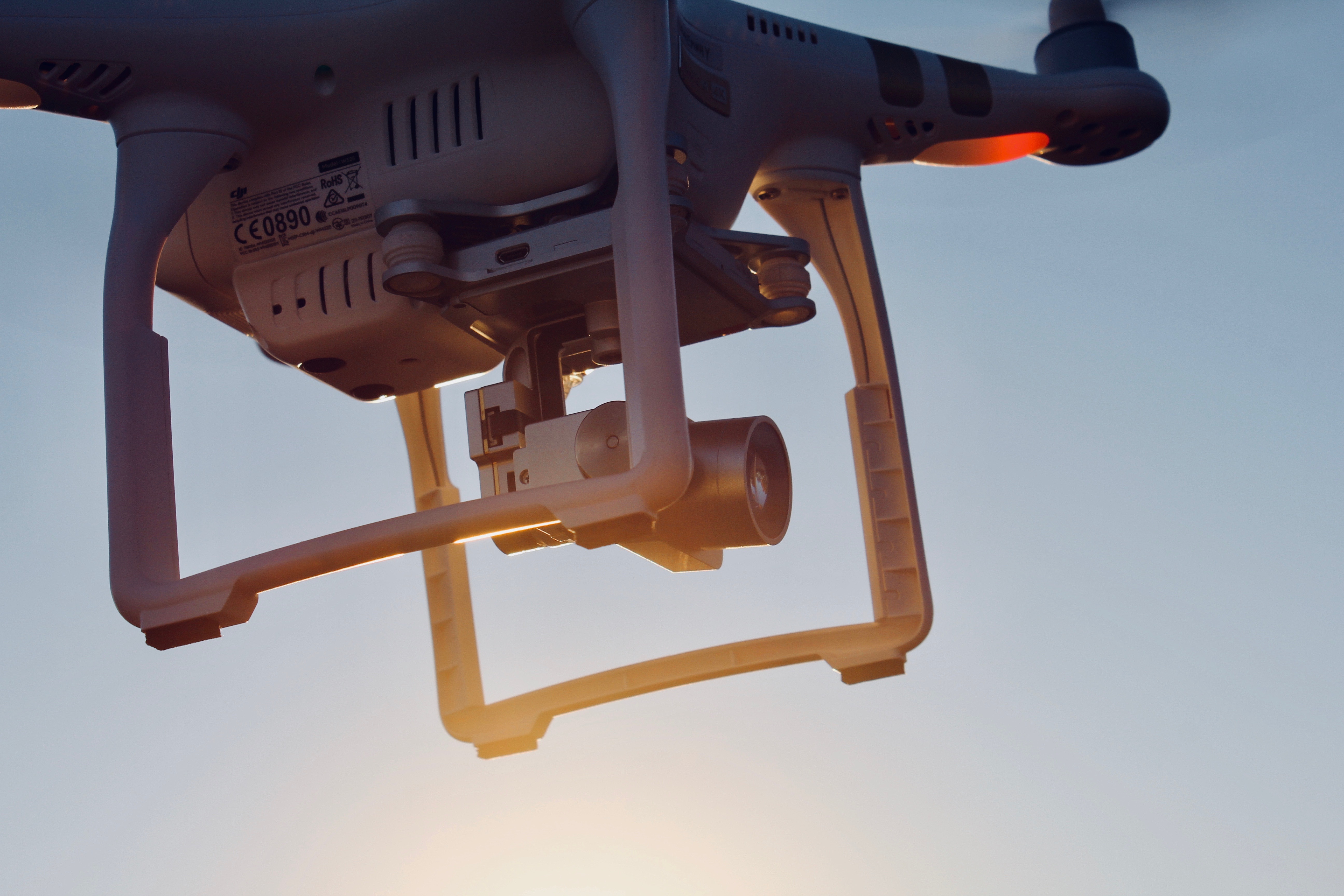 4 ways drones can threaten the confidentiality of your company.

What’s the first thing you think of when you imagine a drone? Is it the fact they’re able to fly around canyons, mountains, or cities, capturing amazing aerial shots? How about their usefulness in extinguishing fires, or their ability to be used in war zones without sacrificing human life? Do you think of how Amazon will implement drone delivery services?

There are seemingly unlimited uses for drones – and while most are harmless, some drones have the potential to cause chaos for businesses. As a business owner, have you ever thought about the potential risks drones pose to your company?

Drones are able to listen in on private conversations

Almost all drones available on the market have the ability to “listen” or record audio. In 2018, advancements will continue to arise, with drones able to capture crystal clear audio from miles away. For military purposes, this is an amazing step forward in developing strategy. For your business, it imposes your privacy and may be threatening to your security.


As a business owner, your four walls are supposed to be safe and confidential. Not protecting your employees from the recording abilities of drones would damage relationships and forfeit trust you’ve worked hard to build.


You may think, “wouldn’t the noise of the propellor distort sound?” Technological advancements of drones equipped with shotgun mics and simple A/V recorders allow for audio to be recorded without interference. Even if the drone isn’t equipped with a recording device, it can easily hold a camera or smartphone that is more than capable of recording audio. This could serve as a risk for confidential conversations if they’re held out in the open… or simply over the phone.


According to Forbes, some drones are able to trick users into connecting to the drone’s “mobile tower” instead of their given AT&T or T-Mobile network. This allows the drone to record conversations and texts on 32 gigabytes of storage.

We’re all aware of the ability of drones to record stunning photography. What happens when that ability is used to take photos of important documents, or record video from outside of your business? Drones are shrinking in size – some even the shape of a small bird. Unless you’re in the film industry, this improvement can really cost your company. The unmanned aerial vehicles can be programmed to take impeccable quality video and photography, and not of your stellar office building. Without a drone detection software, you company could be at serious risk.


Take for example Apple’s sparkling new campus. Millions of people anticipated with excitement what the new “Apple Park” would look like. Though Apple may be savvy at protecting leaks from happening on new iPhone updates, unfortunately, the billion-dollar company couldn’t detect drone video recording that was happening around the new installment. Before the campus officially opened, drone users took video and photos and posted them on YouTube, where popular media sites happily shared the new leaks. Apple might not have seen the leak coming – but you should be able to prevent drones from pre-releasing information you wish to present yourself.

In 2018, we can expect to see drone attacks on company technology increase. The abilities drones have to hack your company’s private information are seemingly endless. This means anything from computer-based documents to company software could be at risk for exploitation and corporate espionage.


Your cloud-based communication software is an easy hack for a drone – files and intellectual information can be compromised within seconds. Hackers that use drones to intercept cyber information can cost your business millions of dollars. Imagine a drone hacking into your company’s information and selling it to competitors. All of your employees work would be void without the ability to detect if an unidentified drone was flying nearby.

Financial loss could be huge with a website freeze

Drones may not be interested in stealing your data, but they may want to crash your company’s website for a day… or longer. Software encrypted into drones can cause your website to freeze, causing you to lose out on thousands of customers and leads. Evolven, an IT analytics company, estimates the cost of downtime if your website were to crash averages at $5,600 per minute across industries. This is a huge miss in revenue, and your goal should not be to make this easy for hackers to indulge.

Ensure your business’ assets are safe. The complications drones present to large-scale companies can be disastrous given how simple it is for anyone to purchase and start flying a drone. Just because your business seems to be in an inaccessible location, unmanned aerial vehicles can now enter and surround places formerly safe from intrusion. Trust in a drone detection software that will allow for you to ensure your company isn’t at risk.