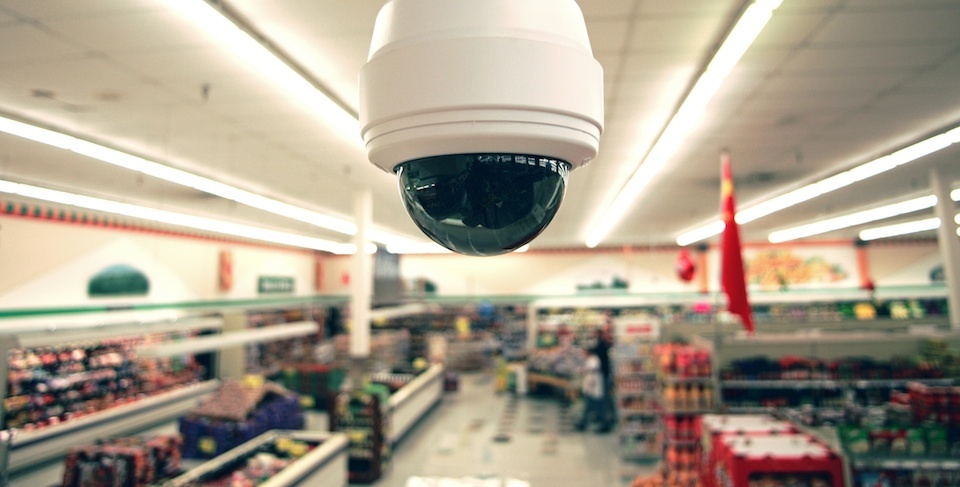 There are lots of different types of video surveillance cameras out there, so how do you know which one best suits your needs?

In this article, we’ll take a look at 10 different types of security cameras and what they’re best suited for. After all, the type of surveillance camera you install will depend on the kind of activity under surveillance.

Please note that video surveillance cameras can be categorized by type, application, and/or housing.

A bullet closed-circuit television (CCTV) camera is usually ceiling or wall-mounted and pointed at a particular area that needs to be surveyed. Although they usually aren’t designed to have pan, tilt, or zoom functionality, most are waterproof. These cameras are typically used indoors, but can be used outdoors as well. The name “bullet” derives from the camera’s cylindrical, sleek appearance.

Covert cameras are usually disguised as other objects, such as smoke detectors, clocks, or motion sensors. Covert cameras can also be conventional cameras placed in discreet locations.

These cameras are primarily used for outdoor security applications. For example, the day/night camera would be a great choice to position outdoors to survey a parking lot. These cameras compensate for varying light conditions, allowing the camera to capture images in direct sunlight, glare, reflections, and strong backlight. Some day/night cameras switch from color during the day to black and white at night or in low-light conditions.

A dome camera sits in dome-shaped housing designed to make it unobtrusive, but not covert. Units that allow the camera to spin quickly within the housing are called speed domes. Dome cameras are popular in retail stores where, although unobtrusive, the cameras are still visible to shoppers. Classic, “smoked” dome cameras have smoked covers that make it difficult to see where the lens is pointing, but don’t affect picture quality.

High definition cameras are often used in niche markets, such as high-end retail stores, jewelry shops, and casinos. These cameras give operators the ability to zoom in while maintaining extreme clarity. The images are usually transmitted using high-definition closed-circuit television (HDcctv).

These cameras are popular for both businesses and homes. They produce high-resolution color video during the day and are the preferred camera type in no light and low lux conditions. These video surveillance cameras are capable of seeing images in pitch-black conditions using IR LEDs.

Network/IP cameras transmit images over the Internet, often using a compressed bandwidth. IP cameras can be both hardwired and wireless and do not require a separate power source or cable run to send images over longer distances.

Pan/tilt/zoom (PTZ) cameras can be controlled through a joystick, remote viewing software, a DVR, or via a pre-determined, automatic schedule. They give the operator the ability to move the camera left or right (pan); up and down (tilt); and zoom the lens in and out. PTZ cameras are used by operations that have a live guard or surveillance specialist monitoring the video feed and are often used to cover a wide area with only one camera. Due to their increased functionality, these cameras are more expensive than a fixed camera.

A camera with a varifocal lens is specifically designed to operate at various focal distances. It differs from fixed lens cameras because it allows the operator to zoom in and out while still maintaining focus on the image. These cameras are suitable for situations in which the organization or operator is unsure of the distance and viewing angles they wish to capture.

Wireless cameras offer a smaller selection and, many times, poorer video quality than wired cameras. Not only do they need to be powered at the camera location, there can be no obstacles in the camera’s line of sight. These cameras can be IP-based or use alternative modes of wireless transmission. Ultimately, the primary benefit to these units is that they offer extreme flexibility in installation.

Before you choose a video surveillance camera, make sure you know exactly what you need to survey. Conditions such as indoor or outdoor location and the presence or absence of light will play a big role in deciding which camera is best suited for the task at hand.